She tripped on stage and was also observed crying.  Matt Terry (Nicole’s act) was crowned the thirteenth winner of the British talent search but the real story seemed to be Nicoles behavior.

Social media lit up right after the show, and still seems to be trending.

Many people called her behavior “strange”, “unprofessional” and “embarrassing”. 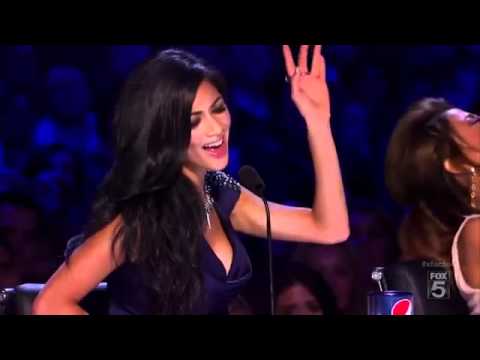 From Twitter: “Being as drunk or off her face as Nicole is on X Factor tonight is disgusting unprofessional. #xfactorfinal,”

“Is it just me who thought Nicole looked drunk on X Factor tonight?”

It was also reported that she needed to be “held up” by the other guest judges as she tried to get to her seat.

There was another incident back in November that caused many to wonder if she had been drinking.  And below is another video from an incident a few years ago. With the latest incident she seemed to get extremely excited when Terry performed and shook her chest while repeating “Whammy Whammy Whammy,” no explanation for that was ever given.

As of today Nicole hasn’t commented on the speculation she was drinking. No official statement has been made.